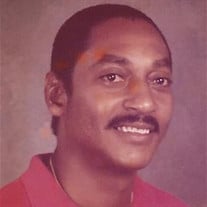 Joseph William Booker, Jr. was born on May 9, 1941, to the union of Naomi and Joseph William Booker, Sr. in Albany, Georgia. Joseph accepted Christ at an early age and was baptized at Eureka Baptist Church. Joseph earned a Bachelor's Degree from Prairie View A&M University in the summer of 1962 and was awarded a teaching position at Dunbar High School in Fort Myers, Florida, where he was well-loved and respected by everyone in the school system and the community. He would spend his entire 30-year career teaching in the schools of Lee County where he taught Spanish and Business Education. He earned a Master's Degree in Administration and Supervision from Nova University in 1978. Joseph was united in holy matrimony with Annette Johnson on July 2, 1963. They were blessed with two (2) daughters, Meredith Frazier and Garland Fitzhugh. Joseph William Booker, Jr. departed this life on Thursday, August 7, 2014 in Houston, Texas. He was preceded in death by his father, Joseph William Booker, Sr., his mother, Naomi Terrell Booker, his son, Steve Booker, his brother, Harold Lloyd Booker, his grandfather, Willie Terrell, his grandmother, Amanda Terrell and his aunt, Odessa Terrell. He leaves to cherish his memory: his wife, Annette Booker, his two (2) daughters, Meredith Frazier (Darryl) of Tallahassee, Florida and Garland Fitzhugh (Derek) of Detroit, Michigan; two (2) grandchildren, Kendal Jade Fitzhugh and Shane Edward Fitzhugh; four (4) brothers, Leon Booker (Betty), Squire Booker, Donald Booker (Carrie) and Carris Booker, all of Houston, Texas; one (1) sister, Edith Majors Cherry of Houston, Texas; four (4) nephews, six (6) nieces; and a host of other relatives and friends.

The family of Joseph Wliiam Booker Jr. created this Life Tributes page to make it easy to share your memories.

Send flowers to the Booker family.