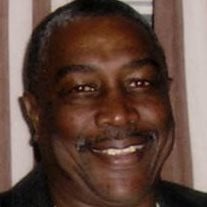 Cecil A. Rose, Jr., former University of Houston basketball player, died on 27th day of December 2013 at his home here in Houston, Texas. Born in the Bahamas, his remarkable athletic talent and high academic achievements enabled him to migrate to the United States where he was a standout basketball player at Miami Jackson High School and then the University of Houston. Cecil is survived by his son Cecil, III, and a host of loving family and friends. Cecil played under legendary hall of fame head coach Guy V. Lewis along with teammate from his native Bahamas Charles Thompson. Rose ranks 23rd in school history in scoring. Rose along with teammates Otis Birdsong and Charles Thompson helped to lead the Cougars to a 87-37 record with a berth in the NIT Championship Game in 1977 and an appearance in the NCAA Tournament First Round in 1978. As a senior in 1977-1978, he averaged a career-high 17.6 points per game and was named to the All Southwest Conference Second Team and NABC All-District 9 Third Team. Cecil was drafted in the NBA by the New Jersey Nets. He played professionally for two years in the continental basketball league and in Mexico. He played for the Bahamas National Basketball team in the Pan American games. He was bestowed the national Bahamian honor of “Goodwill Basketball Ambassador” under the leadership of the prime minister the right honorable Sir. Lynden Oscar Pindling, the minister of Sports at the time being the Hon. Kendal Nottage. Cecil is heralded as a trailblazer by his family and his countrymen for Bahamian athletes and students at the University of Houston. Through his leadership and guidance his brother Lynden Rose chose University of Houston and played for the Cougars as part of the great “Phi Slama Jama” team. Lynden Rose has served as a member of the UH Board of Regents. Three of his sisters, through his guidance, also attended the University of Houston. Debra Rose-Munnings and Sharon Rose-Hutchinson are prominent international attorneys who still maintain ties to Houston, and Priscilla Rose is an executive health care professional with a Texas medical institution, qualified as an RN. Cecil’s nephew. Lynden, L.J. Rose is a guard on the current cougar squad. Bahamian Olympic medalist and Cougar alumnus, Frank Rutherford, current cougars basketball players Khail McClain and Danrad Knowles, are a few of the athlete scholars who are beneficiaries of Cecil’s efforts. Cecil’s love and passion for his family exceeded his passion for basketball. He loved the Lord, his family, his friends, his colleagues, his church, his community and his country. He was a man of deep abiding kindness, with a great heart and a profound desire to do good and make the world a better place. A dedicated and consummate professional he served his country for more than 30 years of his life promoting the Bahamas to the world as part of the Ministry of Tourism. A memorial service celebrating Cecil’s life will be held on Saturday January 4th, 2014 at 1:00 p.m, at the Windsor Village United Methodist Church, located at Kingdom Builders’ Center 6011 W. Orem, Houston, Texas 77085. Funeral service will he held in the Bahamas on Saturday 11th January, 2014 at 11:00 a.m. at Salem Baptist Church, Taylor Street, Nassau. In lieu of flowers the family request that donations be made to establish a scholarship fund in honor of Cecil A. Rose, Jr. To make donations visit www legacy.com/obituaries/houstonchronicle/ Rose

Cecil A. Rose, Jr., former University of Houston basketball player, died on 27th day of December 2013 at his home here in Houston, Texas. Born in the Bahamas, his remarkable athletic talent and high academic achievements enabled him to migrate... View Obituary & Service Information

The family of Cecil A Rose Jr. created this Life Tributes page to make it easy to share your memories.

Send flowers to the Rose family.